Here we are with the second part of the weekend in London post.
One of the things that I love most about London is that’s a city with a huge variety of people, just like those two I met in the tube: the first was a guy with a First World War uniform who was collecting donations for the Remembrance Day. I asked him if I could take a picture and he seemed so proud about of it. The second one was a woman with these amazing braided hairstyle. I’d love to take more pictures of people in London but I’m still too much shy to stop them and ask for pictures… I really have to improve this photographic skill in 2017.

Yay! My girls in the tube.

First time on the Tower Bridge – that was under renovation so I couldn’t take many pics.

London seems to be in a neverending work in progress… Fascinating, isn’t it?

The night’s approaching – and the fog as well. A lot of fog.

Leadenhall Market, a super charming place where we took a lot of funny pictures.

Clo and the Spoon 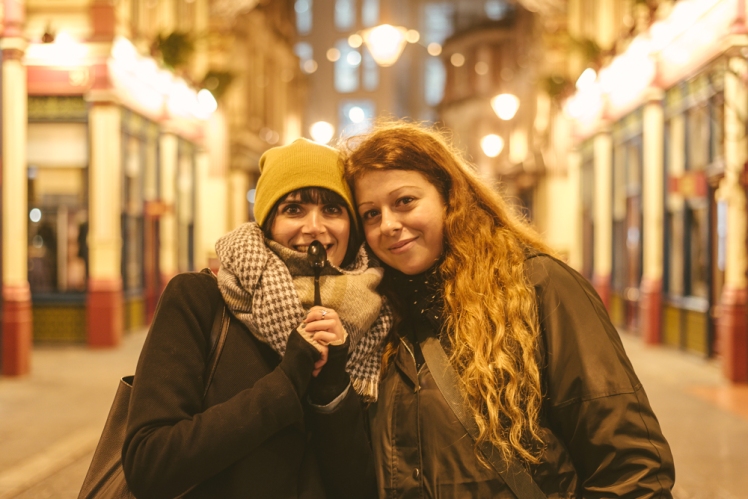 A lot of skyscrapers in the fog. This part of the city seems like a Blade Runner like location.

Here we are side to Liverpool Street Station. I took a picture of this statued goat because I remember that the last time I was in London, after having dinner  in Brick Lane, we saw some drunk guys who were trying to climb that statue and a girl actually did it.
Nobody was trying to do the same this time, maybe because it was only 5pm in the afternoon.

My super funny girls while we were having a break with tea, smoothies and a delicious cake in Spitalfields Market. 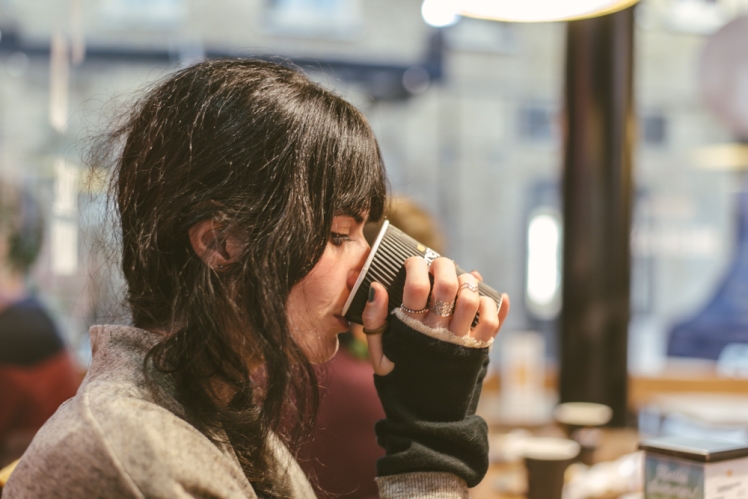 The Oriole bar close to Barbican Center where we spent saturday night.
Actually I think that this is one of the most amazing – and expensive as well – bar I’ve ever been for a drink – or two. 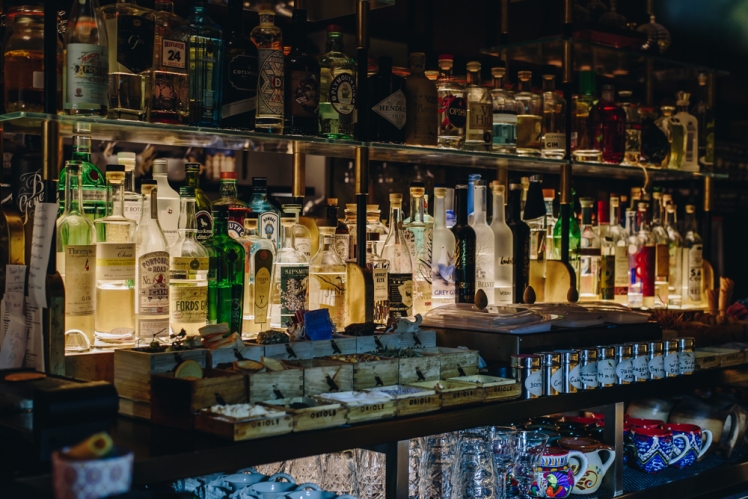 On sunday morning the sun was shining high and the sky was clear blue: amazing!

Munswell Hill and Highgate in the morning light.

Virginia and Simone are super romantic! 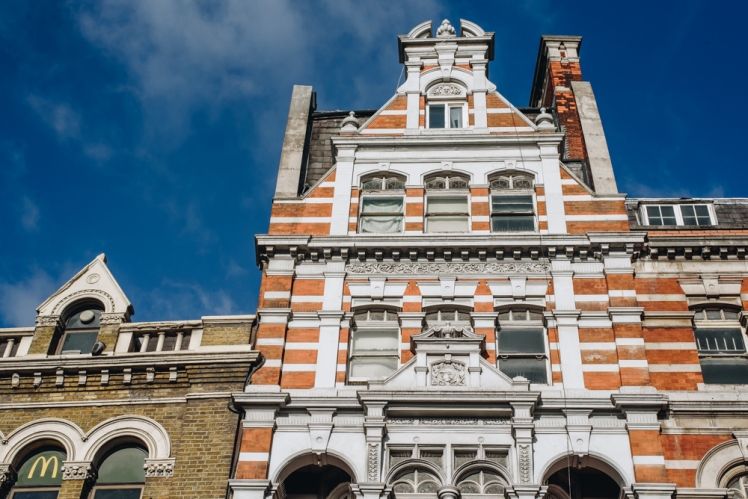 Camden Town on sunday is absolutely crazy and crowded by tourists.
You can find The Mad Hatter and have a tea with him too!!! 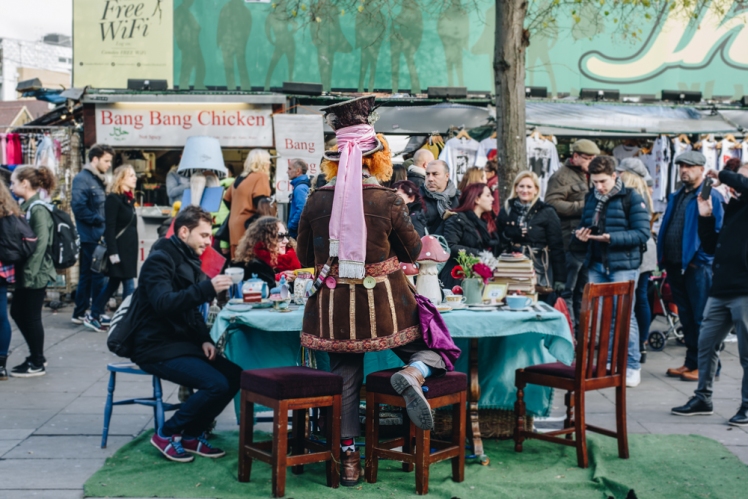 The thing I always like most in Camden are these crazy buildings. Freak, hippie and gothic… All together! 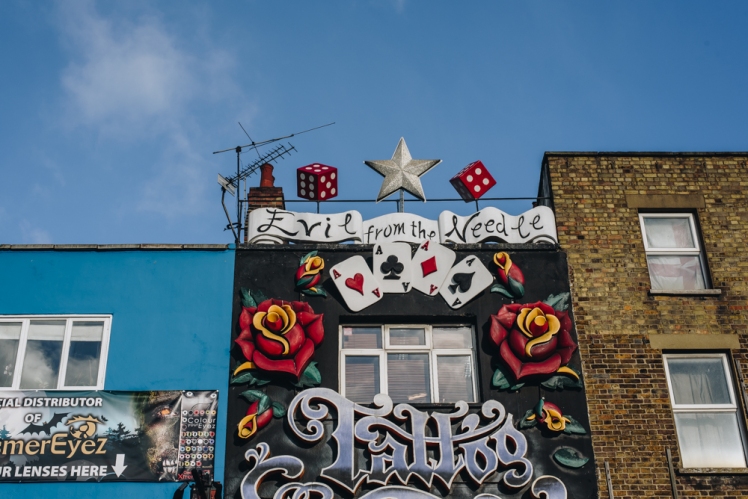 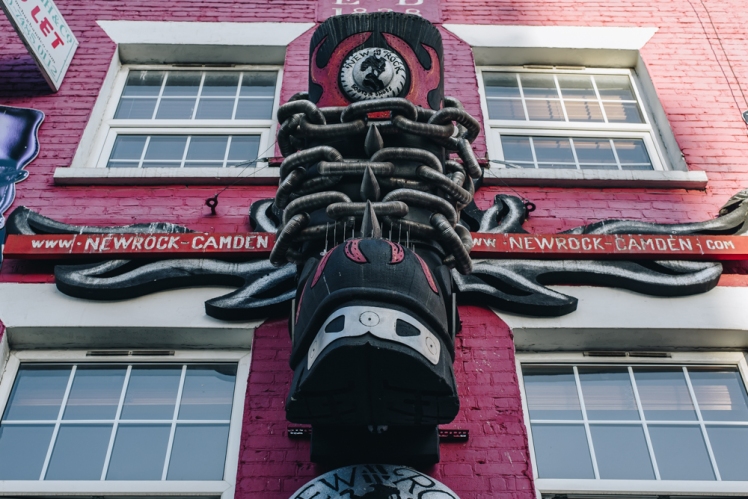 A lot of people in Camden Town.

And a lot of yummy food. 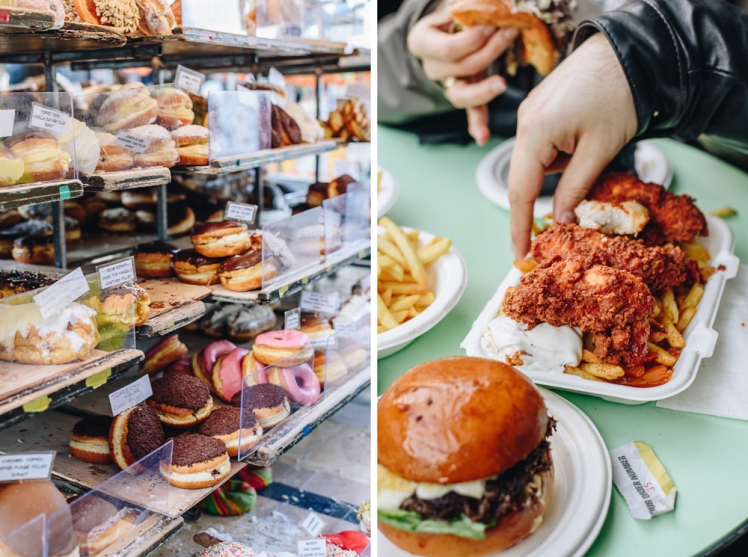 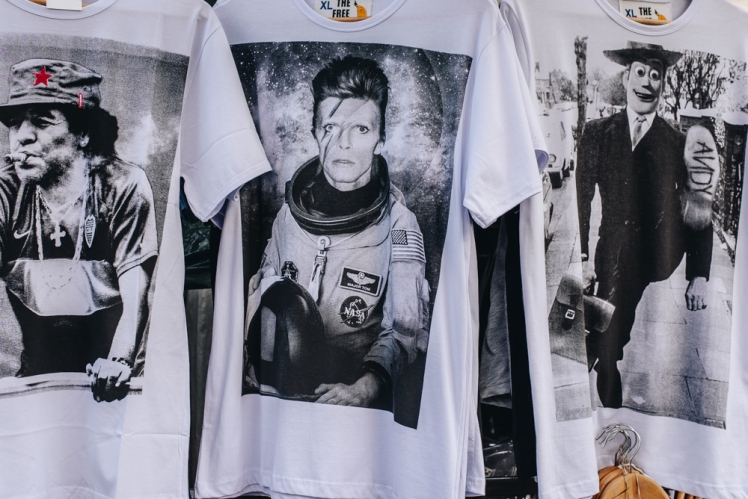 And finally, the golden hour. We were returning to Victoria Station to catch the train for the airport and we stopped close to Green Park to see this amazing light. 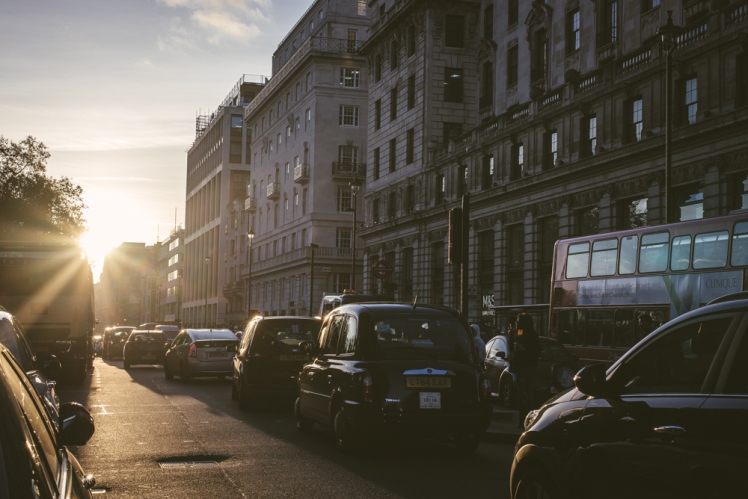 One of my favorite pictures so far! Clo in backlight. 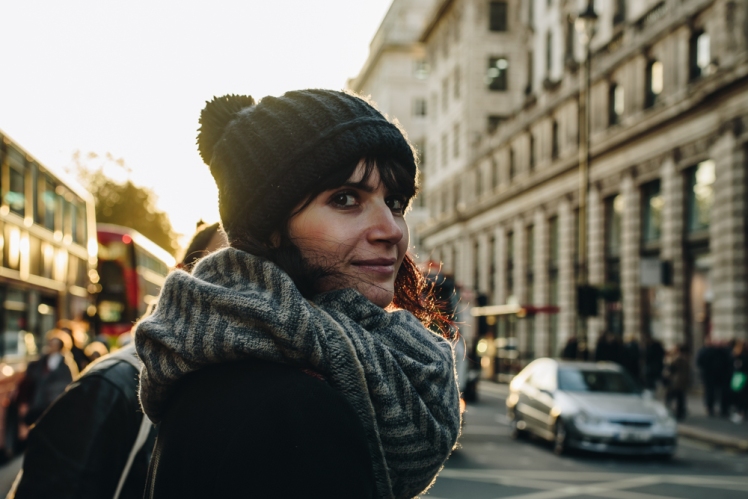 Last picture before getting our plane… See you soon London, and our Londoner friends!

One thought on “November in London (part 2)”